What is Apache Maven and why do we need it? 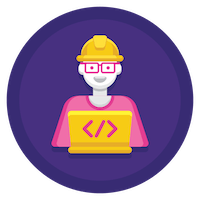 I was going to write a blog post about Spring framework but I thought maybe it’s better to start with Maven as the first step.

With an increase in the number of Java libraries and frameworks and projects, there was a need for a standard way of describing how a piece of software should be built and what are it’s dependencies. Normally a Java project is using a lot of frameworks and tools (e.g. Logging, Database, Encryption, Math, …). We need a standard (machine-readable) way of describing these dependencies and how to compile and build the project.

I will explain some basic concepts in the Maven world, then will proceed to create a new project based on Maven.

An Artifact, is a JAR file which is available for use in a Java project. Artifacts can be downloaded from Maven Repository (a publicly available website), but normally this is done automatically by maven command line.

Each Artifact represents a small piece of software that can be re-used in a software project. For example, there are artifacts for logging and encryption. There are a number of Maven repositories available, but the well-known repository is the one provided by Maven itself which is available for search and browse at http://search.maven.org/. You can search for artifacts and download them. You also have a local repository which contains JAR files downloaded from remote repositories or installed locally.

Each artifact is uniquely identified by using 3 elements: group-id, artifact-id and version.

You can also tell Maven to produce an artifact when compiling your project. The result will be a .jar file including metadata about the artifact. You can then install this jar file into a Maven repository and use it as a dependency in other projects.

There is also another important lifecycle named “clean“. This lifecycle will clean-up artifacts created during build lifecycle.

You can call Maven command like tool and give the name of the phase or lifecycle to execute:

Above command will run clean lifecycle and then will run build lifecycle up to ‘package‘ step. The target of the operation is the current directory.

Maven expects a standard project structure in your project. You have to follow this structure:

Suppose the root directory of the project is named ‘myapp‘:

You will run Maven command line utility on the root directory of the project where there is pom.xml file.

Here is the general structure of a pom.xml file:

Here is explanation of important parts: